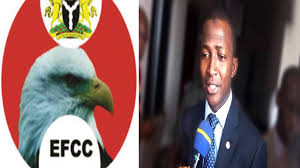 A former executive secretary of the Lagos State Scholarship Board, Stephen Oshinowo, diverted the board’s N127 million to his personal use, an EFCC investigator has said.

Moday Moley, testifying before an Ikeja Special Offences Court Monday, said the defendant used his account domiciled in the United Bank of Africa (UBA) to perpetrate each of the fraud alleged in each count contained on the charge sheet.

The EFCC on July 2, 2020, arraigned Mr Oshinowo before the court.

He pleaded not guilty to the charge.

Led in evidence by the EFCC counsel, Usman Buhari, Ms Moley said investigations revealed that Mr Oshinowo, at various times, allegedly diverted to his personal use, N127million meant for the Lagos State Scholarship Board.

“Upon receiving the petition, the Commission froze the defendant’s accounts and commenced an investigation into the allegations.

“As at the time of freezing the account the defendant has converted parts of the proceed of alleged fraud to personal use,” she said.

She said that sometime in 2018, the defendant received the sum of N30million in three tranches of N10million each from the account of Lagos State Scholarship Board.

“The funds were meant for the use of staff welfare and office renovation but he later converted the same to personal use.

“Investigation also revealed that the defendant sent part of the proceed to his wife, Adenike, pay for flight trips, supermarket sales, POS transactions.

”The defendant is the final signatory of the Board’s account at First City Monument Bank (FCMB) and without his signature, no transaction can take place,” she said.

Following Ms Moley’s testimony, Buhari sought to tender the statement the defendant made to the EFCC as evidence.

However, the defence counsel, Lawal Pedro, a Senior Advocate of Nigeria, opposed the tendering of the documents on the ground that the statement was obtained under physical and emotional torture.

O.A. Taiwo adjourned the case until March 7 for a trial-within-trial, a procedure in criminal law wherein the confessional statement of an accused person is subjected to scrutiny to determine whether or not the statement was voluntarily made by the accused person to the police.