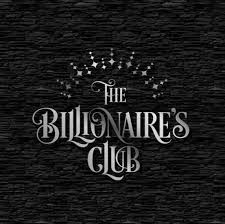 Despite being in the middle of a global pandemic no thanks to COVID-19, Amazon founder, and CEO, Jeff Bezos, is now worth over $200 billion dollars, according to Bloomberg’s Billionaire index.

The world’s richest man and tech billionaire is now worth over $204 billion, this has made him around $90 billion richer than Bill Gates, who is the world’s, second-richest human.

To put this in perspective, Jeff Bezos is now worth more than big companies like McDonald’s, Pepsi, and Nike. These companies are worth between $139 billion, and $191 billion.

It is believed that the Amazon boss would have crossed the $200 billion mark earlier, but for his world’s most expensive divorce with his ex-wife – Mackenzie Scott.

Mackenzie Scott got 25% of Jeff Bezos’s Amazon shared, after their divorce was finalized in 2019. This moved $36 billion to Mackenzie Scott.

Mackenzie is now worth $64 billion, making her the 13th richest person, and the second richest woman in the world, only behind L’Oréal heiress Françoise Bettencourt Meyers.

Amazon is now valued at about $1.7 trillion, making it the second most valuable company after Apple Inc., which is valued at over $2 trillion.

56 year old Jeff Bezos was worth about $115 billion in January, but has seen his worth grow by about $85 billion since then.

Jeff Bezos has about 11% stake in Amazon’s stock. This 11% stake accounts for about 90% of his total wealth.

Bezos is not the only tech billionaire to grow his wealth. Forbes reported that Mark Zuckerberg also got $6 billion richer on Tuesday, making him $115 billion rich.

According to a research published by the Institute for Policy Study, since the beginning of the Coronavirus pandemic, the top 12 US billionaires have seen their combined wealth increase by about 40%.

These top 12 are now worth about $1 trillion in total wealth.

Jeff Bezos started Amazon in his Seattle home in 1994, and has since grown the e-commerce company to what it is today.