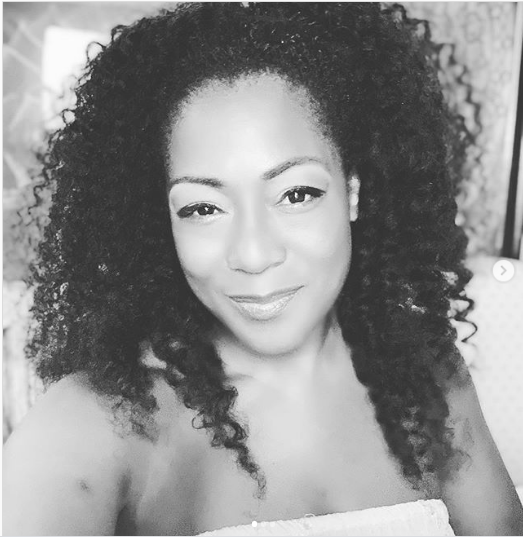 It is common to have men marry more than one woman especially in many African countries, it is not common to see a woman married to two men (Polyamorous) and living with them peacefully.

In the caption from her IG, she described them as her life partners and explained that the love she feels for each of them is different but they live in peace.

She also discloseded that she has two sons each for them. She shared a photo with both men and also listed their similarities and differences.

“Poly girls have all the fun!!! Here is me and my two life partners.

They are both 6’3. They both have beards.

We all wear glasses, One is a Southern gent, the other is a shrewd northerner.

We live together and we get along really well. I am raising both their sons – our oldest two are away at college!” said Kenya.