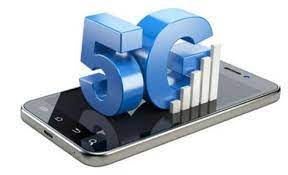 The Senate has approved the deployment of the 5G network in Nigeria, following the outcome of investigations by a Joint Committee mandated to carry out the same.

The approval followed the consideration of the report of the Joint Committee on Communications, Science and Technology, ICT and Cyber Crimes, and Primary Health Care and Communicable Diseases.

The report was laid and presented by the Chairman, Senator Oluremi Tinubu (APC, Lagos Central), during plenary on Wednesday.

The upper chamber during consideration of the report, adopted the Joint Committee’s recommendations which were outcomes of investigation into the Status of 5G Network in Nigeria and its technological impact on Nigerian citizens.

The upper chamber amid the adopted recommendations posited that the technological impact of 5G will revolutionize Nigerians’ way of life from education to agriculture, security to entertainment, and governance in general if the technology is deployed.

It, however, added that though no license has been issued to any Mobile Number Operator on commercial basis, Nigeria should still observe the trend of 5G deployments around the globe and engage in extensive sensitization of the public through all channels before commencement of commercial deployments in the country.

Accordingly, the Upper Chamber urged relevant Government Agencies to embark on preparing the ground by putting the necessary infrastructure and technology in place for its eventual deployment.

The Senate further called on Federal Government to ensure that global standards for the deployment of 5G technology are strictly adhered to, while looking out for lessons learnt by countries that have already deployed in order to guide our own deployment.

“Lessons from South Korea, the first country with substantial deployment would be instructive in this regard.

“It is imperative that intense safety standards and precaution, based on available evidence, are put in place for wireless radiation system ahead of wide scale implementation,” the upper chamber advised.

It added that given the infancy of the technology across the globe and claims and counter claims surrounding the probability of health injury posed to public health by the level of exposure to radio frequency, further attention should be given to testing and researching potential health risk that may arise from the deployment of 5G network Nigeria, considering real life situation rather than just laboratory conditions.

The Senate urged the Federal Ministry of Communication and Digital Economy to expedite the action of the Joint Committee put in place to develop Consultation Document (CD) for the deployment of 5G in Nigeria which include planning spectrum identified for the technology with the inputs of all relevant stakeholders such as the relevant Committees of the National Assembly and the security agencies.

It also further tasked the Federal Ministry of Communications and Digital Economy to publish the outcome of the work of its Technical Advisory Committee charged to advise on emerging technologies and products and, as a matter of urgency, build the National Backbone which will run from Lagos to Katsina (Trans-Saharan Optic fibre network) to move much of the bandwidth from the shore to the hinterland and for distribution to the geopolitical zones.

The Senate insisted that despite the almost general consensus concerning the harmlessness of 5G to human health, the Nigerian Communications Commission (NCC), in collaboration with the Mobile Network Operators (MNOs), Federal Ministry of Health, Federal Ministry of Science and Technology, Federal Ministry of Environment, and the Nigeria Centre for Disease Control (NCDC) among others, should locally conduct a scientifIc experimental study over a period of about 6 months to ascertain if a correlation exists between 5G networks and public health.

Concerning the interaction between COVID-19 and 5G network technologies, the Senate observed that there is no connection between them, maintaining that, “the ongoing COVID-19 pandemic is caused by a biological agent a virus which is scientifIcally unconnected with the 5G technology.”