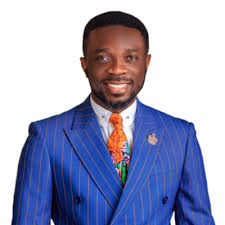 A senior pastor at Rhemaword International Christian Center (RICC), Peter Ayo Alabi, has been accused of sexual misconduct in the last couple of days.

The clergyman was called out on social media following revelations from alleged victims and former members of his religious organisation.

Mr Alabi, a graduate of Obafemi Awolowo University, Ile-Ife, Osun state, started his ministry in Ile-Ife where he led a student fellowship in the school for years even after graduation. He later moved to Lagos State, where the RICC is now headquartered.

The ministry, which he runs alongside his wife, Funlola Alabi, also extends to other university campuses through the youth arm of Rhemaword which is called CHRISTTRIBE.

Mr Alabi is also the lead pastor at Heritage of Faith, another Lagos-based church.

It should be noted that Mr Alabi is the third clergyman to be accused of sexual impropriety over the past week.

It was formally reported how a pastor and the coordinator of MINE Teenage Ministry, Timi Adigun, apologised following a similar allegation.

In his apology letter, he admitted to inappropriate behaviour with some girls over a couple of years but denied having sexual intercourse with any of them.

The Diocesan Bishop of the Church of Nigeria (Anglican Communion) of Ekiti West, Rufus Adepoju, was also suspended for alleged involvement in sexual misconduct.